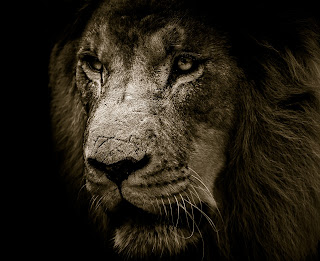 Continuing my Disney revival series, I recently saw the latest rendition of The Lion King. Following in the footsteps of Mary Poppins, Aladdin and The Jungle Book, and paving the way for Lady and The Tramp and The Little Mermaid, The Lion King has been highly anticipated in this string of Disney classics reborn.

Recap of the Story

The classic tale begins with the birth of Simba, the future Lion King. His parents,  Mufasa and Sarabi, with the help of the wise baboon, Rafiki, display him ceremoniously to the animal kingdom. As Simba grows, so does his curiosity and the lion cub gets up to mischief with his best friend Nala, much to the dismay of his father's right-hand bird, the hornbill, Zazu. Simba's jealous uncle, Scar, bitter at moving down the line to the throne, plots to kill both Simba and King Mufasa and take the throne of Pride Rock himself. With the help of his minions, the hyenas, Scar carries out the first part of his bloodthirsty plan and kills King Mufasa.

Letting Simba believe he is responsible, Scar tells the cub to "run away and never return." Scar then sends the hyenas after Simba to kill him. The hyenas, however, lose Simba's trail and decide he is as good as dead in the desert anyway, and return to tell Scar they carried out the deed. However, Simba is recused from the desert by Pumba and Timone, the carefree warthog and meerkat, who assume Simba will be on their side when he grows up. Timone and Pumba teach the sorrowful cub their laid-back way of life with no responsibilities. The duo raises Simba in the desert, having no idea he is really the true king.

Now fully grown, Simba rescues Pumba from a hungry lioness. Simba recognises the adult lioness as his childhood best friend, Nala. Nala tells Simba of the devastation at Pride Rock; Scar, along with the hyenas, has taken over and there is no food for any of the animals. Nala begs Simba to come back with her and challenge Scar. Simba refuses, not believing in himself, after maintaining for all these years that he is responsible for Mufasa's death and concluding that if Nala, Sarabi and the other lions knew, they would turn him away. However, Rafiki, the wise baboon, tracks Simba down and tells him Mufasa lives in him. A vision of his father tells the young king to "remember who you are."

With the help of Nala, Pumba and Timone, Simba returns to Pride Rock and challenges Scar. The evil "king" belittles Simba and reveals his "crime" in front of his mother and the other lionesses. However, Scar then admits that it was he and not Simba who killed Mufasa, and Simba and the lions turn on him. A pitiful Scar tells them it was all the hyena's fault. The hyenas hear this and rise up against Scar. With Scar defeated, Simba takes his place as king of Pride Rock, with Nala as his bride.

The final scene mimics the first, with Simba and Nala - and Rafiki - ceremoniously raising their new cub before the animals, completing the circle of life.

So, how does the latest version compare with the original 1994 story? Of course, the original animation might look somewhat dated now. The new incarnation is "live-action", or CGI created to look as real as possible. For the most part, the movie is flawlessly realistic. The story keeps exactly in line with the original and there are no mentionable differences in the story-telling. Even the soundtrack is much the same as the original; you can expect classic songs, such as, "The Circle of Life," "I Just Can't Wait to be King," "Hakuna Mattatta" and "Can You Feel The Love Tonight."

The main difference in the new movie, apart from a few minor songs skipped and minimal lines changed, is the mood of the film. To me, it feels much darker than the original and does not evoke that same Disney magic; that feel-good factor. It seems the characters speak some of their lines flatter while Pumba and Timone's comedy appears out of place with the rest of the movie. The characters' faces, of course, cannot show the same cartoon expressions as the original animation.

Perhaps I was too young to realise the dark themes of the story the first time around, and the sad parts went over my head, whereas this time I shed a tear at Simba's plight because age has given me more understanding. Or perhaps I am right that the 2019 movie portrays much darker tones. As I said, the storyline is much same; the scenes are almost like-for-like; the songs are not changed and the characters are the same. However, I cannot put my finger on it but to me, the atmosphere of the movie is entirely distinct.

So, which is the better film; the original 1994 cartoon or the 2019 live-action version? Of course, this is objective. Newer viewers might prefer the contemporary rendition if they discover this first; if they see the older version later, younger viewers could find it somewhat dated. However, viewers who have seen an original first tend to prefer the earliest film, perhaps for nostalgic reasons. So, if I prefer the 1994 film, does that mean the older movie is really the better film, or is it purely a generational opinion? I suppose movies, as well as lions, also have their place in the circle of life.

Anonymous said…
you have certainly set the scene and whet my appetite to see this one
15 October 2019 at 22:47